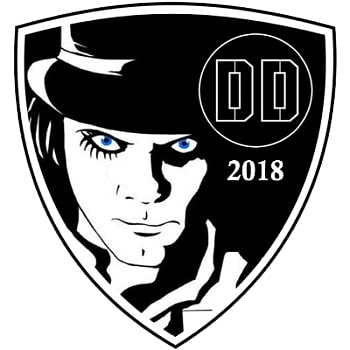 So the time has come, with the games full release it is time to begin the journey of Dinamo Darlington and hopefully their ascension through the English football tiers to global recognition. The club has built a 3000 capacity stadium with 150 seats with the money raised by fans across the globe who wanted to help start this DIY football club. The money raised from the friendlies will be the money that helps me build my team and push for Northern League Division Two glory at the first attempt.

I am going to be playing a 4-1-2-1-2 vertical tiki-taka formation in the hope that the defensive midfielder will cut out the long ball style that I imagine will be scattered across the first few levels of football. If I can encourage a nice style of play early on and get the youth systems playing the same style within a few years, the academy prospects we get should be well versed in this and oppositions will struggle to cope with it. This will only change when we eventually get to league football (If we get that far).

Feels apt that Dinamo Darlingtons first game of their history is against their affiliate club. This friendly helped boost the bank budget a lot which will help build the bare bones squad. I am very happy with this result, it was an exercise of square pegs and round holes and I had not made the signings I had hoped for but only losing 3-0 makes for a very bright start to the club.

All of our friendlies are against stronger teams, this was a draw snatched at the death and once again without a team of players that play in the positions I need I cannot complain about this result. I am finding signing players hard as the other teams that want them are more heard of and they just go there for the money.

Stenhousemuir are in League 1 in Scotland so they should have been winning this all day long, we conceded 3 sloppy goals here and ultimately the heads dropped and after pulling it back to 1-1 they overpowered us to take the win. Still needed to make signings, however, to get us ready for the league.

Proud of the lads here, we battled all the way through the game and to lose by 1 goal isn’t the end of the world. As previously mentioned all the teams we are playing in preseason are in leagues above us so this wasn’t a bad result in hindsight.

This is the one result that annoyed me, I thought that getting a goal just before the halftime whistle we would push on in the second half and potentially get a result here but after the team talk it seemed as though we hadn’t even bothered to turn up and to lose 3-1 before our first league game is incredibly frustrating.

If I had to give someone an explanation of a Jekyll and Hyde performance I would show them this game, we were flying in the first half with both strikers and the AMC scoring goals but once again like the last friendly we appeared to just stop after the break. If they managed to keep everyone on the pitch this result could have easily been a loss. Ultimately their ill-discipline cost them. This game is the live game from the below episode so please check that out and subscribe.

What a dull game, we broke down their defence at will but couldn’t put them to the sword. I need to buy a defensive and an attacking mid and then the team will be complete.

Brad Varga gave away an unneeded penalty which was annoying and put us behind at a point in the game we were shooting at will, I made the decision to bring on Carchedi and that was the turning point. Although he is ageing is very creative and drags us to the victory

The early goal put me on edge and the sending off didn’t help. Luckily we managed to get away with dropping the DM back to defence and played with just a two man midfield. This seemed to still function well as we were winning most of the aerial duels in the middle of the pitch and for us to come back even after the red card for the full 3 points shows me that we are ready to make a run at winning this league and going up at the first attempt. This game is the live game from the below episode so please check that out and subscribe.

I wish I knew what I needed to do to score here, we dominated the game and had an abundance of shots but were unable to secure the 3 points. Birtley at the top of the league still boast a 100% record and are beginning to pull away from the pack so we need to keep up.

When we click we really do click, Easington never looked in this one and the only thing I could really complain about it not scoring more. I wont dwell too much on this as they were a poor opponent but 3 points is 3 points and we move into 4th 7 points from the top with a game in hand.

The first game this season where we looked outmanned and outgunned, we were lucky to get a draw here we had in total 9 shots with none on target. This has completely changed my mind on this and may mean we need to strengthen.

Yet another draw in the league and this puts us 11 points behind league leaders Birtley but still with the game in hand. We are suffering heavily from a lack of end product so I need to search for an answer to this issue by jumping into the transfer market.

Going into this game we needed to put our run of not scoring behind us and come out with three points. I changed the tactic here to have 2 CAMs behind the striker and we dominated for the entirety of the game with 70% possession. This was never in doubt and it was nice to win so comfortably but the red card is annoying.

The discipline is becoming an issue, we managed to hold onto the 3 points here but that card threw us off our game. We managed to take control of the game like we did against Chester-Le-Street but ended up narrowly escaping a draw.

New signing Bonifacio Neto started in the AMC role for this game and he linked up incredibly with Errington creating chances from nothing but we were held by excellence. Jason Smiths first strike was an outstanding full volley that I couldn’t quite comprehend for this level and his second was the same range bent into the far corner.

Nice to see Neto making an even bigger impact in this game but Birtley are keeping up their good form so it is becoming increasingly likely we will need to be the team to end that run.

A very disappointing result which has let Birtley pull away, I have noticed however that the players they have in their squad are far better than any within any team at this level so I’m not sure what that is about! Excuses aside however we look extremely lacklustre for the entirety of this game.

This was recorded during an update, please give that watch below!

With new signing Lewis Shorrock and loanee Keny Anderson coming straight into the first team I was expecting big things from this game and oh my did they deliver. Neto got himself another two goals and Paylings sparking form was rewarded with his first of the season. Kenny Anderson was solid all game and managed to nicely seal off the game with a goal of his own. This was out game in hand so we managed to claw back 3 point on Birtley.

A tense game when they got their equaliser but I am happy with the current mix of players I have at my disposal and I think we will be fine going ahead into the Birtley game. A win against them would throw this league wide open for us to catch up. Not looking forward to their strength though.

Wow. They caught us on the break twice so naturally, I dropped back the defensive line. Naturally, they went on to score 2 more… I don’t know what happened really so yeah. This game puts us out of contention and I can’t see us catching them but it has definitely given me something to think about going forward tactic wise.

Check out the video below!