Maybe it is too early for some unstoppable FM19 tactics but we decided to give you first Football Manager 2019 442 tactic. This FM19 tactic is for all those guys who are playing FM19 in Beta version. Thanks to our FM brother Nik his first great tactic is here.

You can check out how our (Nik`s) first tactic looks in the picture below: 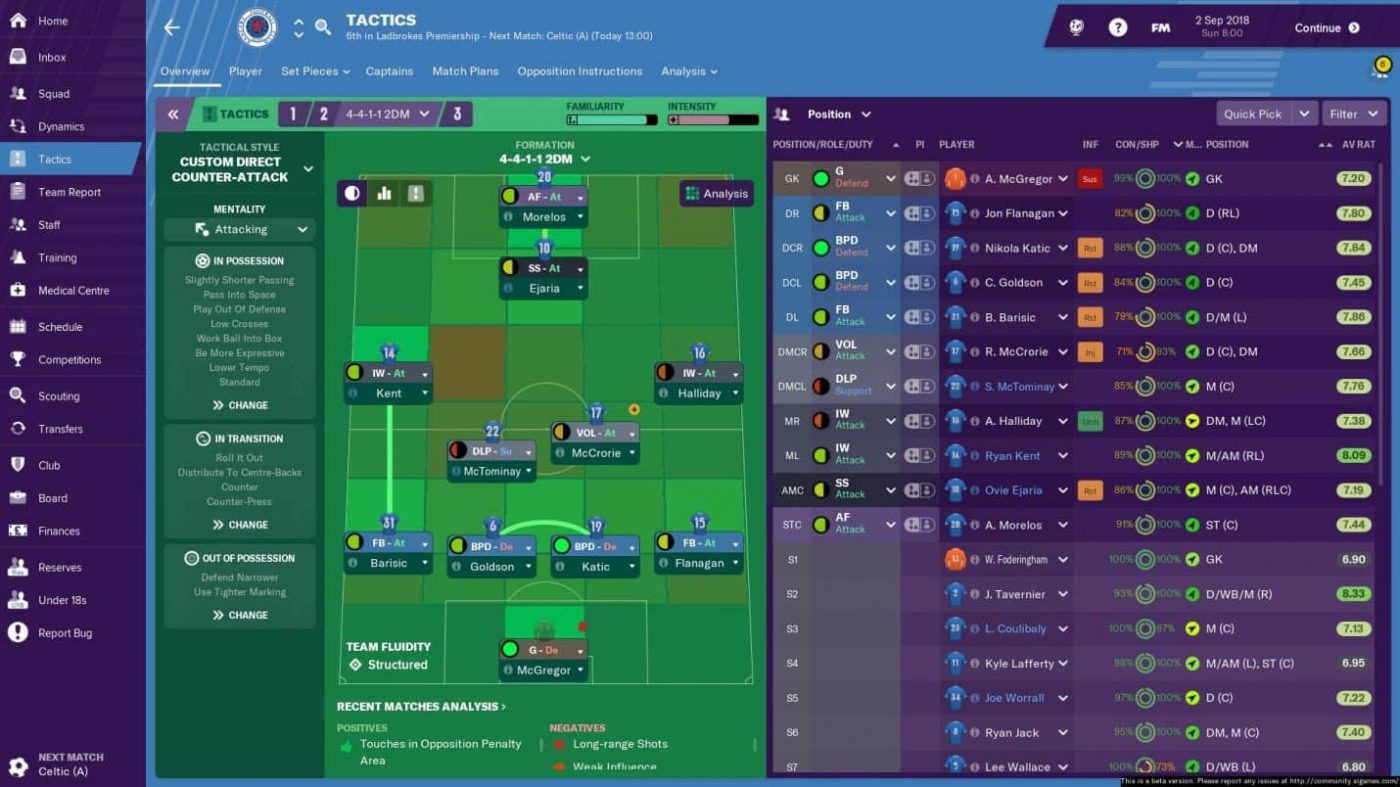 Very important players in this Football Manager 2019 442 tactic are Inverted Wingers. We recommend you to have Inverted Wingers with a nice crossing and passing. On that way, you will have Wingers that will involve your 2 main attacking players in the right way with some great passes. They are also going to cut inside leaving space for attacking full backs.

AF and SS will be involved in creating actions too in this FM19 tactic. AF and SS are always going to be present in the opponent’s box. That is what we like to see, so their defense will be painfully punished when they fall asleep. Jose Mourinho would be proud of us 😀

DLP won`t run up and he is going to be your main link between defense and attack and he really need to be a very creative player. If you don’t have some good BPD-s then change their roles into CD.

If you have fast defenders you shouldn`t worry about that part, so that is what we recommend to you.

We hope you are happy with our football manager 2019 442 tactics. This is only the first of FM19 tactics we will publish. We will bring you some more soon! You can also expect some team guides in the future and tactics for every top club in FM19.

If you like possession tactics, here you will find one that is really great.