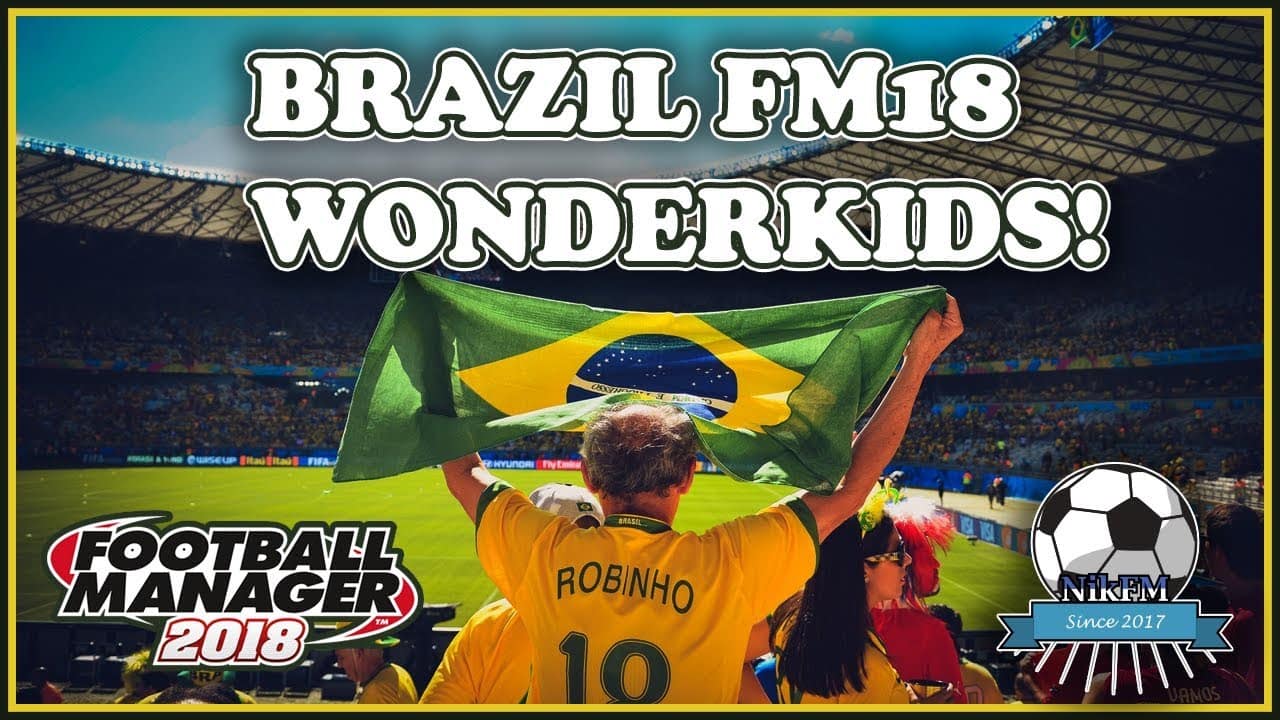 Brazilian Wonderkids in FM18 – the best of them are here!

Brazil = Football. There are a lot of things Brazil is popular for, but when we speak about Brazil, the first thing on our mind is football.

It seems as if any of those Brazilian kids have decent conditions for training they would be all great footballers, that is how much talented Brazilians are. Also, they all live for this game.

It was not easy to choose the best players/ Brazilian wonderkids in fm18 from all of those super talents, but we gave our best to scout them all and make a nice selection.

Brenner is fast 16 years old striker from SPFC that is marvelous talent. This Brazilian wonderkid is perfect for any league and any attack and if you train him properly he is going to be the beast.

He is mentally stable, an incredibly fast player with a nice, for all the Brazilians, recognizable dribbling and movement. There is also a lot of team spirit in this young fellow so he won`t be selfish on the field.

We recommend you to use Brenner as Trequartista or Poacher because on those positions he will feel phenomenal. He is as we said fast as hell so if you play on the counter, or you wanna modern type of attacker he is the one. Brenner can be the top class striker.

If you thought we are recommending you Paulinho from FC Barcelona you were wrong. This is a kid from Vasco Da Gama, only 16 years old as his predecessor Brenner. He is the natural striker but he can play on both wings and as AMC.

Paulinho has better natural fitness than Brenner, he is also sensationally fast, the great dribbler and good finisher. Is there anything you want more from your striker?

Something that caught our eye was his flair. With his 16 years, he has flair 15. That means that this Brazilian wonderkid can make a real difference on the field and he is that kind of a player which move can change the course of a game.

We recommend you to use it as Complete Forward as he has all the qualities for the position.

Let`s go back to Sao Paolo, but this time with a defender. Eder is a great 18 years old DM, who can play on many positions. He can be good as DC, DR, also as WBR and MC.

Eder isn`t just a good tackler, he is a smart guy, who knows when he should go up when he should tackle, pass or move. He is aggressive and physically strong player and a ball winning midfielder he can do a lot.

He can also take free kicks and penalties, but we don`t recommend him to his the offensive role in your team. This Brazilian wonderkind is a real wall in front of your defense in Football Manager 2018.

Richard is a great addition to your team and to your midfield. He is 17 years old and he can play as AMC or as AML. As almost every truth Brazilian he has great technique, passing and he is fast, there is no doubt in that.

You can buy him for only 240k and that is why we recommend this player. Really affordable low-cost wonderkid for every club.

Something that is interesting with this guy is injury proneness – 0%. You don`t have to worry about him and major problems with injuries.

There are also Brazilian Football Manager wonderkids outside of this list on FMB where you can find out about 3 more names, 3 more Brazilian wonderkids in FM18.

We hope you will use them, buy them and that those wonderkids will pay off and make you the best football manager you have ever been.

For some more of the same, you can watch the video prepared by NikFM where he is going to recapitulate some of the players and talk about the new guys. Enjoy it FMBros!