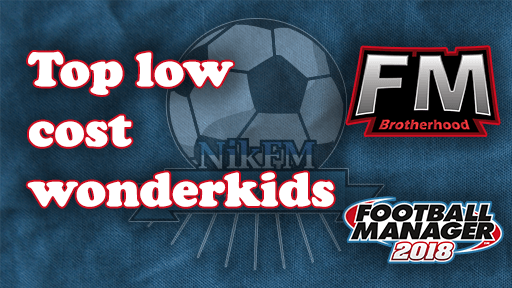 You are here because you don`t know who are the low cost wonderkids in FM18, right?

We all want players that we buy for a bowl of peanuts and after a couple of years sell them for 100 million, but those kind of players are not easy to find.

But you are in the right place!

It wasn`t easy to find really low cost wonderkids, players that will grow and become incredible in the future, but it really paid off and we are willing to share the secret with you.

We had to scout almost the whole game to get what we want and as always we did it! In the list below you can see the players we recommend yo every club, youth prospects, hot prospects that will burst into real superstars.

You probably won`t be able to sell them all for full bags of money but it will bring you a fortune.

Low cost wonderkids in FM18 that will make you great!

Nik and his 5 low cost (cheap) wonderkids in FM18

That was enough, for now, we are too lazy to type more if you want some more wonderkids you can check out this video where Nik tried to explain each of the five players he chose (they aren`t the same we chose).

Comment our choice of low-cost FM18 wonderkids and check out some more!

You can also check out these lists of low-cost wonderkids in FM18, all by our (FMBrotherhood) choice:

As we said, feel free to comment our Football Manager wonderkids list and tell us, do you use some of these players.

Maybe you would add some of them to this list?

Maybe you don`t like some of these incredible young FM18 players? You think that they don`t deserve to be called wonderkids.

Anyway, feel free to say that to us, we like to see how our FM fans think about this. Cheers!