In FM, setting a good defense can be challenging. The attack is important, but there is nothing without the strong defense. The defensive roles and duties in the game have different purposes. Because of this, finding the appropriate roles and duties that will suit your tactical philosophy might be tricky. However, if you’re still finding yourself in this situation, this article might help you. Here, we are going to showcase how to set good defensive roles in football manager. We hope this football manager defense guide is something that will make all the things clear.

Setting a good defensive line for your team depends on the formation and style of football you wish to employ. For instance, the roles you select for your defense in a possession tactic isn’t supposed to be the same as the one for a counter attacking tactic. Both styles of play are different and need defensive roles that response to them. I will go further on this.

However, before we dive into that, let’s look at the way to select the best type of central defenders.

If you want to build a solid defense, you have to go for the appropriate defenders. Before you select or sign a defender, you have to consider his height. Tall defenders are very much advantageous for your team.

I would recommend you to go for defenders of at least 188 cm in height. But if you can’t get such height, then consider his jumping reach. In terms of general attributes, the most important things to consider are heading, tackling, marking, positioning, and jumping reach.

Moreover, for ball playing defenders and central defenders, you really need to consider anticipation, bravery, and decision. Bravery and anticipation are very important for stopper and cover duties, respectively.

Now, let’s look at the major football tactics and see the appropriate defense strategy that suits each of them. I’m also going to pick out 2 or 3 defensive shapes and mention the roles that best responds to the tactic.

Football Manager Defense Guide – Depending on the Tactic You Use

Any possession tactic is very much possible to apply to Football Manager. You can have success with such tactics. But the only tricky thing involved is that not every team in the game blends well with this type of tactical philosophy. Besides that, let us suggest you the best way to set up your defensive line in this type of tactic.

You still didn`t install your logo packs in FM19? Do it now!

Before setting up a tactic in FM, you have to choose the formation. In addition to that, what comes to mind is whether it’s going to be a 5/3-man or a 4-man defensive line? Again, would there be a defensive midfielder present? 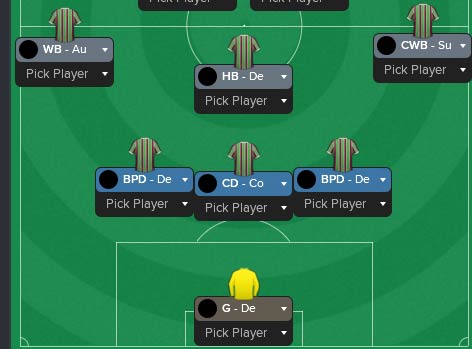 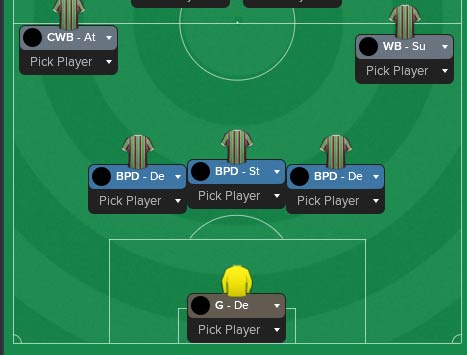 The screenshots above display two different formations: a formation with 3 CD and 2 wing-backs (which can form 5 defenders, depending), and one with 3 CDs and a DM. Now, to assign the best defending roles that can match any possession tactic, you have to select the ones that explore the mental and technical attributes.

In general, the best role that best suits well here is the Ball Playing Defender role; the Central Defender role can also work a bit.

However, for the first formation, in our opinion, the best way to select roles is assigning the BPD role to the three defenders. Then, select the stopper duty for the middle defender while the other two get the defend duty. For the wingbacks, one gets the WB (attack or support duty with an instruction to get further forward) role, while the other gets the CWB (attack) role. This set up provides flexibility. 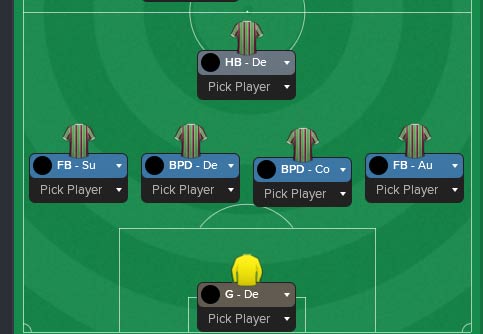 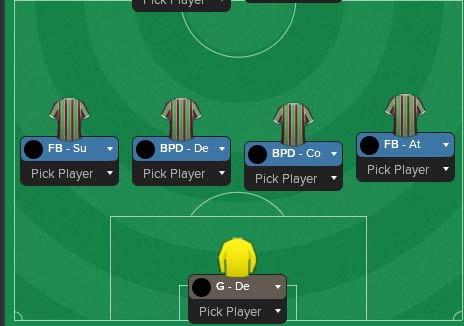 The screenshots above display suitable ways to arrange a 4-man defense line, with and without a DM. In FM, for us, the fullback role is more accurate in defend, support, and attack than any role in DR/DL position. It can suit any football philosophy. To be on a good side offensively, you can just give one side the attack duty.

Presence of a DM in the Formation

A DM is actually part of the defense line. Choosing the appropriate role for the DM is very important. For any possession tactic, the DM should get the Deep Lying Midfielder (defend), Half Back, or Anchor Man role. Anyone of these roles works well with possession tactic. Nevertheless, the HB role defends better.

For us, when creating a possession tactic, we usually set the defense section this way (in the screenshot above). Instructing the defensive line to stay higher is very risky and not really a good defense strategy. Higher defensive line increases the success rate of scoring from counter-attacks launched by your opponent

When you choose closing down much more, it’s best to enable stay-on-feet. But if you enable get-stuck-in instead, your team will be getting a lot of bookings and conceding from penalties.

Moreover, you can choose to enable use-tighter-marking if you want. It can help your team defensively. 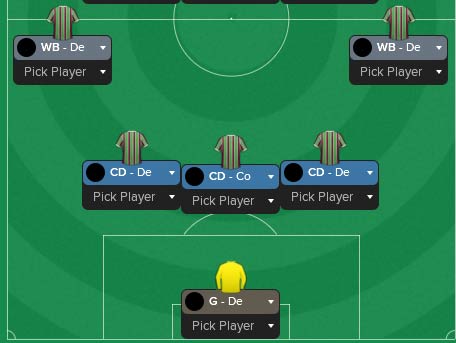 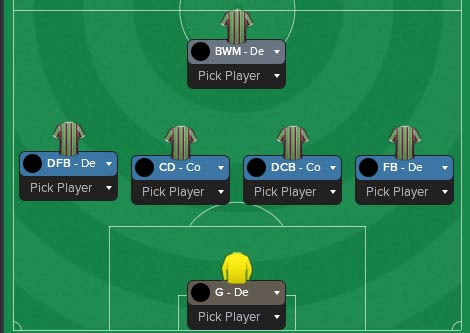 The most suitable role for this kind of tactic is the Central Defender role. This is because the CD role has the whole package. It has the technical, mental, and physical abilities to seal the defense. The assigned player can do anything possible to protect the team’s territory.

But if you must use the defensive center back role, assign it to only one defender. The DCB role is a no-nonsense defensive role. The assigned player clears the ball once he gets it, but this action can be advantageous for counter-attacking tactics.

Presence of a DM

If there’s going to be a DM present in any of the formations you choose for parking the bus tactic, the Ball Winning Midfielder is the most suitable role. For 2 DMs, you can pair a BWM role with a Defensive Midfielder role; all on defend duty.

For this tactic, the best way to set the defense section is shown above. However, for the closing down, you have to choose “much less.” And the two best mentalities are contain and defensive. 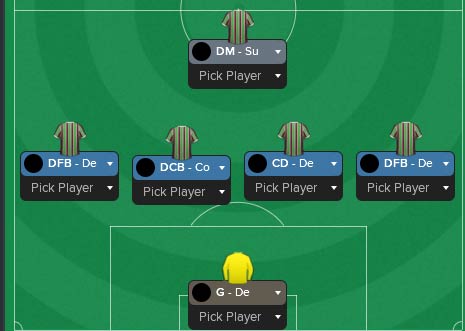 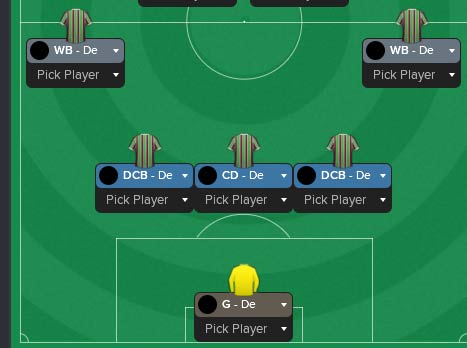 Presence of a DM

If there is going to be a DM present in the formation you wish to select, the best role to select is the defensive midfielder (with defend duty) role. The assigned player can be aggressive on the opponent with the ball. Can hold the ball when it’s won, and lay off accurate long or short passes.  Counter-attacking tactics need quick transitioning; the DM role can make that happen.

If you wish to insert two DMs, then pair the DM role with a Segundo Volante (Support). Or, assign the DM role to the two players; one on support duty, the other on defend duty.

The screenshot below displays an example of setting the defense section for a counter attacking tactic. You may prefer to get the defensive line to stay deeper; it’s still ok.

Tell us what do you think and how you make your FM defense!

In the final thought, some formations are suitable for possession tactics. Some can be good for parking the bus tactics, while some are good for counter-attacking tactics. You have to select the appropriate one and set up your defense strategy. That is why FM is challenging. You have to consider many things to get it right.

There are also some tactics made by our community that you may wanna check out: